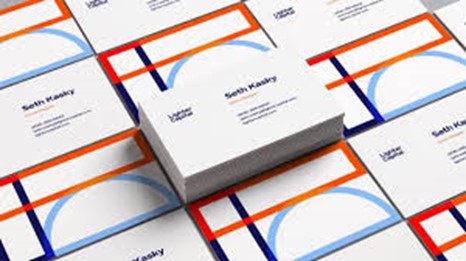 Despite all the advancements in technology, however, business cards still remain relevant. While it’s a good idea to jump on the digital marketing bandwagon, it’s also wise to stick to some tried and tested traditions to promote your business to potential clients.

The business card is one of the most common items we encounter on a daily basis. From exchanging them with a person you meet for the first time to picking up a card when you chance upon a new restaurant or shop that strikes your fancy, these useful palm-sized items are everywhere.

But while these cards are essential for business purposes today, they were once used for other reasons, such as when a potential suitor wished to express his interest in a lady. Here’s a timeline of how the business card has evolved over the years.

Business cards are believed to date all the way back to China during the 15th century in the form of a visiting card that was exchanged between two individuals, especially those in trade and business. Cards signaling an intention to meet would be sent to the homes of wealthy businessmen, for instance, who could then sort through them before deciding which contact he would like to arrange a meeting with.

Two centuries later, the use of visiting cards had spread to Europe, where they took on a more ornate form. These were used by members of the aristocracy to announce their impending arrival at a residence and were lavishly decorated with gold engravings and even coats of arms. Silver card trays became a must-have item in upper class households, where visitors would leave their cards very much in the way people sign guestbooks today.

At the same time, trade cards had begun to increase in popularity in London as a way for merchants and tradesmen to advertise their services and businesses during a time when the newspaper industry was still in its fledgling stage and there was no official numbering system on streets. Hence, many of these cards included maps and directions as well – something you still see today on business cards for establishments that are located in obscure destinations.

It was during the Victorian era that these cards became tools of romance. Potential suitors would place their calling cards on a silver tray when visiting a lady, and they would wait in the hall while the card was presented to her. If she approved of the card, a face-to-face visit would ensue. The look of the card therefore was essential in presenting a good first impression.

An intricate system of etiquette and formality also developed around these calling cards. For example, a man would fold down one corner of a card to indicate he was visiting in person, while a fold in the middle meant he was calling on the entire family. There could also be lettering on the card with ‘p.f.’ indicating a congratulatory visit, while ‘p.c.’ indicated a condolence call.

During the late 19th and early 20th centuries, the use of visiting cards had spread to the US. With the Industrial Revolution in full swing, business cards became more commonplace compared to their more formal calling cards, as an increasing number of people began using them to exchange contacts. This practice carries on till date and is an extremely effective form of networking in the workplace.

The humble calling card has come a long way but remains relevant even today as a sales and marketing tool that can contribute to your company’s bottom line.  Despite all the advancements in technology, however, business cards still remain relevant. While it’s a good idea to jump on the digital marketing bandwagon, it’s also wise to stick to some tried and tested traditions to promote your business to potential clients. We have created and printed a myriad of business cards for our clients and can either create effective cards for you or reprint you’re your existing cards at a very competitive price!!